I’ve told this story before here on the blog, but during the Decemberfest livestream, I received a terrifying DM from an artist named Phoesics who was inquiring why their submission to the covers section wasn’t played on the stream. I began looking into the matter and discovered that there were indeed two submissions which had been filtered into the spam category of our email. Thanks to the quick thinking of the livestream team (thanks again guys), we were able to get the aforementioned submissions ready to be played on stream, and ended up playing them both as the closers to our event. And let me tell you, I was very thankful they weren’t lost forever in that spam folder, because they were both grade a bops.

The first was a BeepBox cover of Supernatural Haste from Haikyuu!!, which was solid, and the other was an original BeepBox track titled Lukewarm Panic, which was a really rich, melodious track that had a lot of polish. You could tell a lot of love went into making it. Lukewarm Panic was a fast paced song, but despite the fullness of it, it never felt overbearing or crazily energetic. It was fast, but it still had this nice, mellow sound to it. Both of these tracks did very well in Decemberfest, each locking down a 3rd place finish in their respective divisions.

Normally with Chip Jams, I have a chance to check our entrants beforehand so we’ll have something to talk about during the streams, but since Phoesics’ entry had been lost until the day of the livestream, I hadn’t checked out their stuff before. Now, I don’t know about you, but when somebody hops onto the contest with two epic, atmospheric bops and clutches two bronze medals on their first go, I’m extremely interested to hear more from them. So, after the DecFest livestream, I went to go check out his previous work.

Phoesics had a modest back catalog, having composed the soundtrack for a visual novel (Swooning over Stans, a Gravity Falls fan game/dating sim) back in 2018. It’s been compiled and released as an album on Phoesic’s SoundCloud if you’re interested. Solid collection of smooth, atmospheric BeepBox tracks, even if you’re not keen on the source. Aside from the soundtrack, however, there wasn’t a whole lot to see. That’s why I was ecstatic when, just last month, Phoesics dropped a whole new album titled chill intense!, a record which serves as a compilation of his recent tracks.

_ chill intense!, released on the 13th of February, features nine tracks and includes features from other notable artists in the chiptune scene including both Harieiv and Graves. This record, fitting to Phoesic’s lofi aesthetic, features some really cool remixes and mashups, something you’d expect to see on a more chilled out, self-produced record. You’ve got your standard cover (Supernatural Haste, but as we already discussed that earlier, I’ll continue on), played straight and faithful, and then you’ve got some more unique tracks like _apprehension in the castle_, _a mashup/BeepBox renditions of some Fire Emblem songs, a unique concept that manages to flow surprisingly well and is guaranteed to put a smile on any Fire Emblem fan’s face.

That’s not to say chill intense! doesn’t have a lot of polished, original tracks, however. In fact, when this album first dropped, I must say, I was very excited to see what kind of stylistic choices Phoesics would go for with his original pieces. After all, the music in his previous album was originally composed for a visual novel, so chill intense! is Phoesics’ first record where he’s truly been able to express his own original style. True to the name of the album, the original stuff we hear on this record tends to keep this nice, mellow flow to it, even in songs where the pace picks up and the feel gets more intense.

I also have to give praise to the structuring of the album. A lot of times, these indie releases are dropped without a semblance of thought given to the running order of the tracks, but chill intense! has a nice, natural progression from beginning to end. The first couple of tracks have a much more subdued, ambient feel to them, very chilled out and relaxed. For example, the opening track, ice cream sundae sugar tilt, _has these smooth, jazzy harmonic riffs that pair well with the smooth piano-like arpeggio that repeats throughout the song. As the album progresses, we slowly move into tracks that are faster paced, like the penultimate track _ascendent_, _which has a much faster tempo, booming harmonics and an intense, almost spacey vibe to it.

That being said, the structuring isn’t flawless. Track three, titled owo, is a feature from Graves where he remixes the song uwu, a collaboration between Phoesics and Harieiv. The issue is that uwu happens to be track number four on chill intense!. Quite a weird choice to put the remix before the actual song, but that’s more of a nitpick than anything. Both the song and the remix are absolute bops, and it’s really cool to see the styles of these three champions of the BeepBox scene collide within the notes of this song. Harieiv’s smooth, atmospheric style mixes very well with the chilled out, ambient vibes that Phoesics puts out, and Graves’ remix is just as grand and epic in scale as all of his other projects.

One of my personal favorite tracks from the record was i know you’re chilly so come in. In comparison to some of the other tracks on this record, it’s a short, relatively simple piece, but that’s the charm of it, really. It’s got the same spacey vibes as ascendant, and with its lofi aesthetics and long, drawn out harmonics, it feels almost like a chillwave inspired song. I found myself listening to this track on repeat over and over again as I worked on this article; something about its chilled out simplicity is just captivating.

Phoesics once mused to me after the DecFest livestream that one of his goals as a musician was to prove to the Chiptune world that BeepBox is not a program to be looked down upon, and if he keeps putting out material like this, I don’t think he’ll have a problem doing that. If you go back and compare this record to the ost of the visual novel he composed, you can tell that Phoe has grown much more sophisticated in his craft since 2018, and that’s coming from somebody who thought the ost was a bop as well. chill intense! is probably my favorite thing I saw dropped all February, and if you’re into ambient, lofi tracks, I highly suggest you give it a listen.

In the future, Phoesics says that he’s going to “continue working on new albums,” and I look forward to seeing what kinds of stylistic changes he’ll make as he grows as an artist. If you wanna catch the latest updates on his stuff, you can find him on both SoundCloud and tumblr, and, of course, we’ll do our best to keep you updated on his releases here on the blog. That’s all we have for today, however. Until next time, have a wonderful day, and make sure you update your drivers. 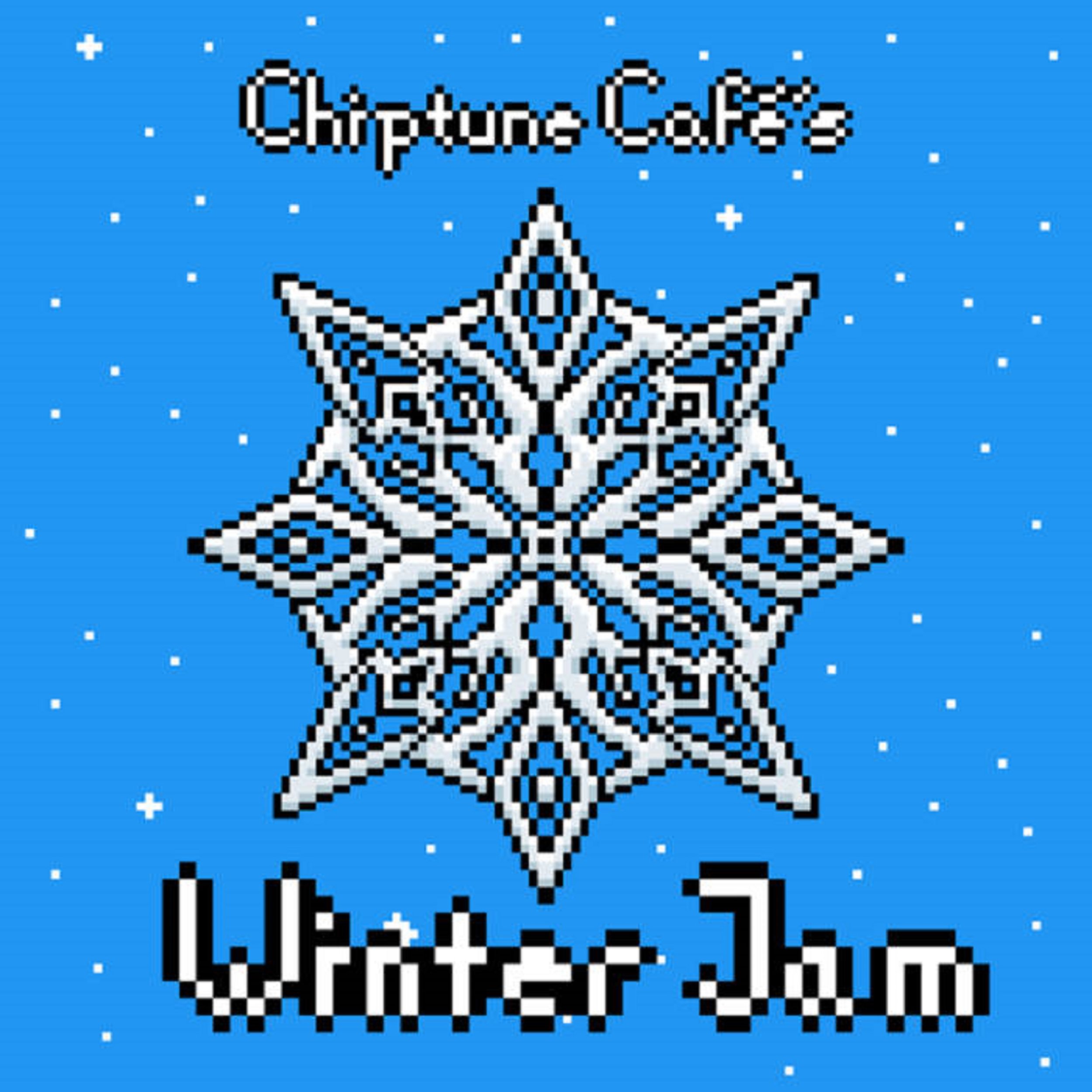 Phoesics participated in DecFest, and locked down two third place finishes with his entries. Pretty impressive stuff for a newcomer.

Phoesics composed the music for Swooning over Stans, a visual novel which even caught the attention of Gravity Falls creator Alex Hirsch. 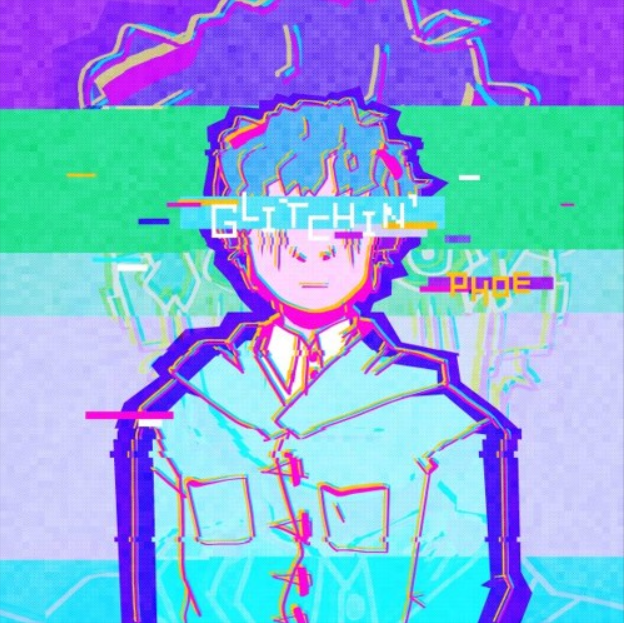 The album art for chill intense! Created by https://razeltea.tumblr.com/