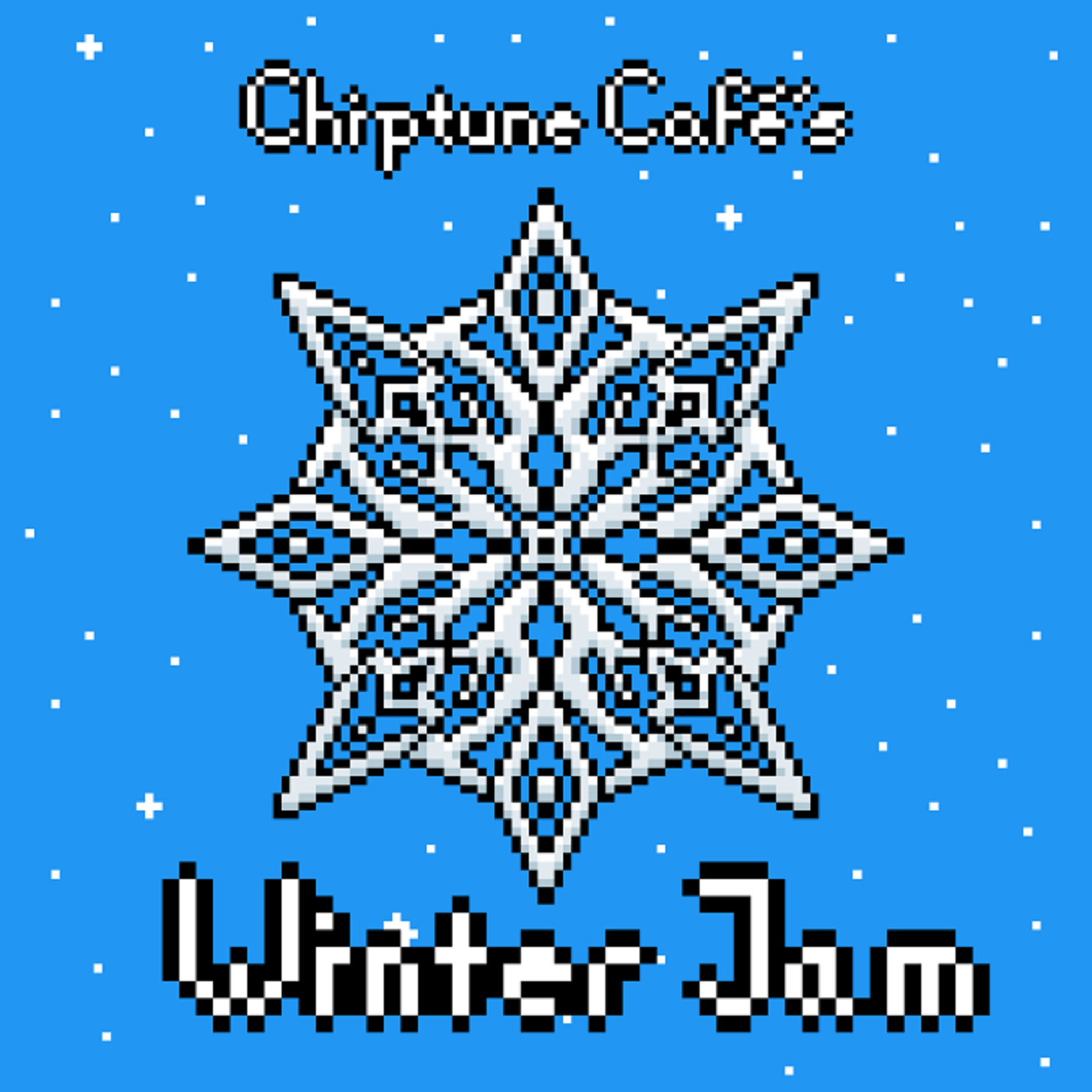 The Album Art for the original tracks submitted to Decemberfest, designed by Ravancloak.

What’s up, everybody? I’ve got something a little bit different for you this week. As I’m sure most of you are aware, our third ever chip jam, Decemberfest, just concluded a couple of weeks ago after a month and a half of fast paced composition, unlikely team-ups and narrow deadline avoidance. It was our largest contest to date, with 27 different entries across 3 different categories, and, in my opinion, one of the coolest things we have done to date. But none of it would have been possible if not for the great team we had working behind-the-scenes, and I just want to give them all some well deserved credit to them before we get into the music.

Handling all of the artwork for Decemberfest, we had a team of three artists: Quirby64, Ravancloak and bleeckrs. Quirby, a fellow CC administrator, designed a poster for us that let us get the word out about Decemberfest to communities outside of the Café, while Ravan, the designer of the Autumn Jam’s album art, came back to design the album art for Decemberfest’s original tracks as well. bleeckrs worked on a design for an exclusive Decemberfest shirt/hoodie that we sold during the Debut Livestream, and thanks to the funding from that, we’re gonna be able to get all of the original tracks from Decemberfest released professionally!

But bleeckrs did more than just the shirt, she also helped out a ton with the livestream itself. You see, my first attempt at streaming all of the songs online ended in failure, as my sporadic internet caused the stream to constantly drop, and because of that, we had to delay. So, to circumvent this, and to improve the quality of the stream altogether, we put together a team of professionals from the server who were willing to help with the livestream.

As mentioned, there was bleeckrs, who served as our art director. She took the album art that Ravan had made and turned it into an awesome overlay to use for the stream. Aside from her, we also had two additional hosts this time around, those being Café OG Pegmode, and one of our Discord moderators, PhaseMod. Both of them brought their own unique knowledge and takes on chip music, and the charisma we all had was a big step up from the awkward fumblings of the previous two debut livestreams. But the hardest worker on our team had to be our technical director, OPNA. Not only did OPNA host the stream, he also ran our song selection wheel and kept the information on screen up to date. He also handled the votepack, which was a huge help to me, because I didn’t have to spend all night with my shitty upload speed trying to get the songs on Google Drive.

There was a moment that happened mid-stream that really made me thankful to have such an amazing team backing me for Decemberfest. We’re smack dab in the middle of the second section when I get a DM on Discord from Phoesics, one of the entrants, who noted that their song wasn’t played on the Covers section of the livestream. I looked into it, and found that their submissions had been wrongly filtered to the spam tab of the Café email. Even worse, the songs weren’t in a file format yet, they were BeepBox links. If it was just one person, like the previous livestreams, that might have been a death sentence, but we had a team. And not just any team, but a team who was able to keep their cool under pressure. As soon as the livestream team was notified about the error, they immediately got to work on a solution. PhaseMod recused himself from hosting for a moment to get the BeepBox links exported into a proper file format, and then immediately sent them to OPNA who got them prepped to be shown on the livestream. In the end, the two missing songs were played and ended up winning Phoesics two 3rd Place victories at the polls.

And speaking of the songs, what would a contest be without people there to compete? If there’s anyone we should be thanking, it’s all of the contestants who submitted music to the contest this year. As mentioned, we had 27 entries, which smashed our previous record of 11 songs during the Autumn Jam. The entries were also extremely diverse when it came to the software and equipment that was used to compose them. We had a little bit of everything; 2A03, Genesis, GB, SID, BeepBox, and even some stuff made in more modern DAWs, but there was one constant among all the music: they were all definite bops. With so much diversity in the entries submitted to Decemberfest, I thought it’d be a good idea to take a look at some of the frontrunners and take a look at what made them stand out.

One of the most unique tracks we had equipment-wise was Tobikomi’s entry to the covers section, a POKEY cover of the music from arcade title Psycho Soldier. The original Psycho Soldier’s theme music was the very first arcade title to include vocals, and Tobi took this idea and ran with it, utilizing a TMS5220 speech chip in order to recreate the vocals in a retro style that fit with the POKEY. His creativity ended up netting him a second place finish, where he tied with GΞNΛTΛR-I’s Genesis cover of “Professional Tracker,” which was, coincidentally another vocal song, though GΞNΛTΛR-I opted to go for a more Daft Punk inspired take on his voices. Crazy enough, the winning track of the covers section utilized a sound chip with even less channels than the POKEY. That winning track was a cover of Sonic 2’s Chemical Plant Theme, done by the Oscilloscope legend himself, Acrouzet. It was a well deserved victory, as Acrouzet somehow managed to fit a song that was originally composed with 7 channels into 3 with minimal loss of content.

But Decemberfest was more than just awesome covers; our section for original tracks showed that we have a ton of Café members capable of creating amazing content of their own. In fact, we had such a plethora of amazing entries, that, despite Decemberfest having the most diverse voting data in Café history, we ended up having a four way tie for 3rd place in the originals section. Second place was much of the same, with Tobikomi’s “Ladybug” tying with mihaelkyeah’s “Malicious Monarchy.” The contrast between these two tracks was interesting, with the former being a very cutsey Sneven track, representative of Tobi’s happy style, and the latter being this dark, impactful Genesis track that sounds like it was meant to be a boss’s theme in a video game. 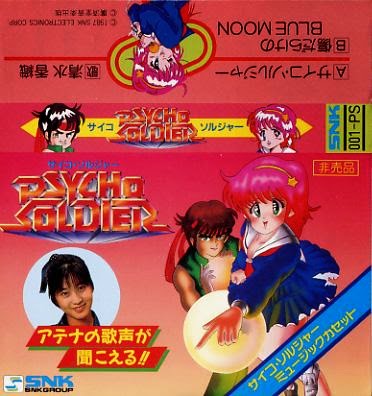 The theme of Psycho Soldier featured a vocal performance from Kaori Shimizu, a (now retired) Japanese vocalist. Tobi replicated her performance by utilizing a speech chip originally used in the 80’s, giving his cover a very retro feel.

Both tracks were really awesome, only being beaten out by “Nuclear Winter,” the first place finisher of the originals section. It was composed by MiniMacro, a competition veteran and FamiTracker expert. If you’ve been reading the blog from the beginning, you might remember that he was the focus of the first ever article we ever did on here. Nuclear Winter was a 2A03/4-N163 song that really put MiniMacro’s Fami mastery on full display. It had this epic feel to it, an emotional weight that, in my opinion, is often lost in a lot of 2A03 songs. MiniMacro was also making waves in the collaboration section of the contest, where he teamed up with Motavian Raider, a fellow FamiTracker master, as well as one of the most skilled SMS creators on the Café scene, to create “She’s Passed,” an epic 2A03 track with one of the most emotional melodies present in the entire contest. It ended up tying for 3rd with “Skybiking,” a BeepBox entry from GΞNΛTΛR-I and Harieiv which combined Harieiv’s smooth, rhythmic style with GΞNΛTΛR-I’s signature gritty, modern aesthetic.

The overall winners of the collaboration section, however, might have been the coolest team-up out of all of them, with that team-up being Ravancloak and RigidatoMS collaborating on a GB track titled “Erased”. Ravan and Rigid, if you didn’t know, were the second and first place finishers of the Autumn Jam respectively, so it was cool to see them team up and combine their skills for Decemberfest. Erased was a fast paced GB track that gave off some awesome Mega Man vibes, and its victory in the collaboration section continued the trend of GB tracks taking the W in Café Contests.

I could sit here and gush about all the awesome music that was submitted to Decemberfest all day, but in the effort of not writing a novel, I think I’ll just leave a link to the Bandcamp release right here. Once again, I can’t reiterate how thankful I am to every person who helped make Decemberfest as amazing as it was. From team members to contestants to everyone who supported the contest, you’re the best, and we couldn’t do what we do without you.

In the effort of trying to prevent musical burnout, we’re gonna be holding off on doing another major contest until around Spring Break, but if you’re interested in participating in something a little more “experimental,” there’ll be a shorter contest with a unique caveat running during the first two weeks of February. If you want the latest updates on our contests, and aren’t already a member of our Discord server, I highly suggest you join. It’s the first place we go when posting updates on our contests, and is generally a pretty chill place.

Anyways, that’s all I have for today. Until next time, have a great day, and make sure you update your drivers.