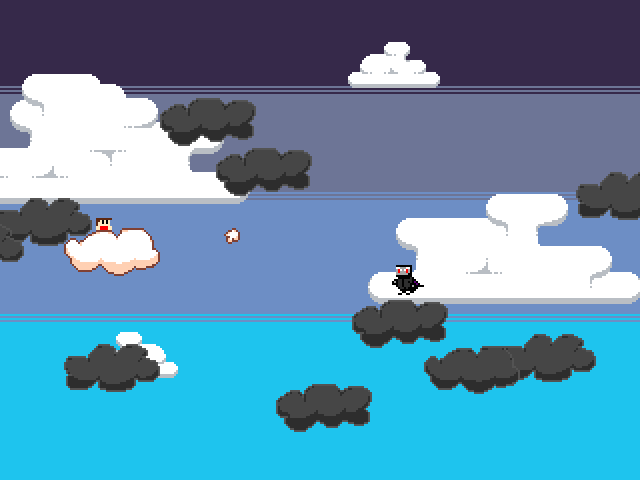 YHtSTG has been in an off-and-on development cycle for months, but the new overhaul update is close to completion.

What’s up, everybody? We’re back at it again with our first blog post of 2019, and the first one on our set schedule. Made a New Year’s resolution to get smarter, more interesting content on the blog, and I really hope we can deliver on that. This week, I have a special article for you, as I have a co-writer, __Quirby64_, who came aboard to provide some in-depth information about the soundtrack of an indie game she’s creating. Anyways, enough with introductions. Let’s get right into this week’s story._

One of the hard things about game development is making the soundtrack work with the visual style of the game. As the intricacies of a game evolves, the soundtrack must evolve with it to match. This is something that Pixelbrick, the game dev label of Quirby64 and crew, has had to deal with during the development of their new game, You Have to Smoke: The Game, a formerly simple platformer which is currently in the process of getting a feature overhaul.

Previously, the game had been a very minimalistic platformer with only a few hints of story sprinkled in, but after a spark of inspiration (admittedly from a massive Deltarune splurge), YHtSTG has begun to move in a more story based direction. To further this, YHtSTG is receiving a massive overhaul for its next update, adding in complex cutscenes, text boxes and RPG-esque elements to help spice up the worldbuilding.

However, as the game became more complex story-wise, the soundtrack needed to evolve to compensate. When YHtSTG was in its infancy, it was meant to resemble an NES-era platformer, and, to encapsulate this feeling, Quirby composed the early tracks on the 2A03 chip, the sound chip present in the NES for the uninformed. During this period, the base 2A03 soundtrack worked, playing into the early simplicity of YHtSTG.

When YHtSTG began to take a more story focused turn, however, the soundtrack was forced to evolve to contain more thematic, emotional pieces. The problem with that is that the 2A03 suffers from a severe lack of sound variation. It takes extreme tinkering and finesse with instrumentalization to make something that isn’t generic, which was heavily limiting on the emotional range of the songs and also forced Quirby to spend extra time that she could have been using to work on the game itself to refine the instruments.

The limited amount of channels also was restrictive, making chords that weren’t arpeggios nigh impossible to create. This led to some creative composition, such as the track “New World Time!” having 2 parts in one channel for both the pulse and triangle. This style of composition is often utilized with chips with smaller channel counts, most notably the SID chip, but, once again, can be very time costly when trying to figure out how to cram all of those notes into what little space you have.

It was in November that Quirby realized that continuing to use solely the 2A03 would be extremely difficult considering the story-driven direction the game was taking, as the level of variation needed for such a project just wasn’t possible with it. Knowing that something had to be done to evolve the soundtrack with the ever-changing game, Quirby decided to give the entire soundtrack an overhaul by utilizing the NAMCO163, an expansion chip for the 2A03 that adds eight additional channels capable of wavetable synthesis, four of which she chose to utilize.. 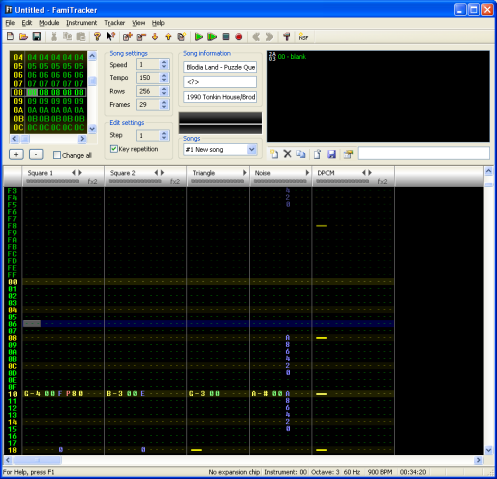 The typical layout of Famitracker (2A03 Tracker) without any add-ons… 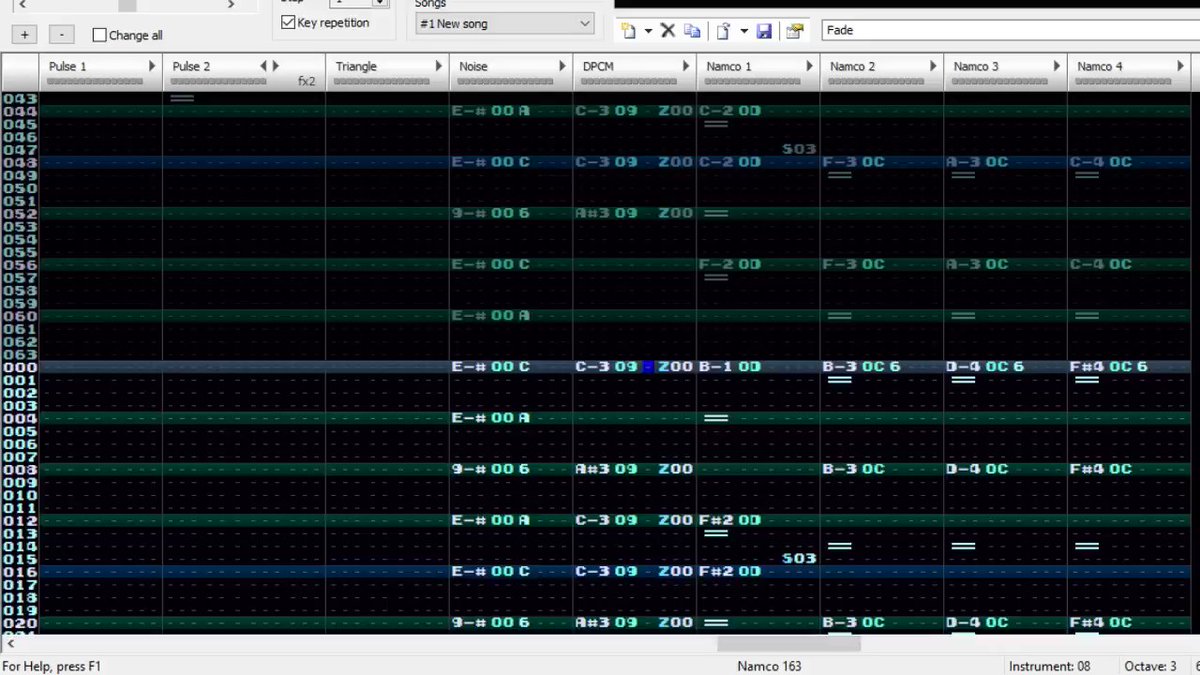 and Famitracker’s channels with an N163 add-on enabled.

Obviously, with more than double the amount of channels available, there’s more room for the composer to breathe in, allowing them to create rich, complex harmonies that, in the right hands, can add a lot of emotional depth to a song and thus add a lot to the story aspects of YHtSTG. However, the biggest victory the N163 brings with it is the wavetable synthesis. It makes instrumentation a whole lot easier, which not only increases the musical scope of YHtSTG’s soundtrack astronomically, but also allows for much quicker composition.

The N163 wasn’t the only addition to the soundtrack, however. Adjacent to the overhaul of the soundtrack via the N163, another Pixelbrick collaborator and dev of the upcoming “Mountain of the Lost,” zXspriter, had begun working on the soundtrack as well, taking advantage of the formerly unused DPCM channel present on the 2A03. The DPCM channel, if you don’t already know, is a channel which allows you to add low-bit digital samples to your tracks.

The updated soundtrack to YHtSTG will be present in the next Alpha release, which will hopefully be very soon. Of course, you could always go and listen to the pre-overhaul soundtrack, but if you’re interested in seeing how the addition of the N163 and DPCM have turned out, Quirby just dropped one of the songs from level 3 on her Soundcloud. As always, we’ll be sure to let you know when the full OST is available, but until then, that’s all we have for today.

Special thanks to Quirby64 for co-authoring this article with me, it wouldn’t have been nearly as intricate or interesting without her help. Also, huge shout out to zXspriter for providing some more details about his work with us.