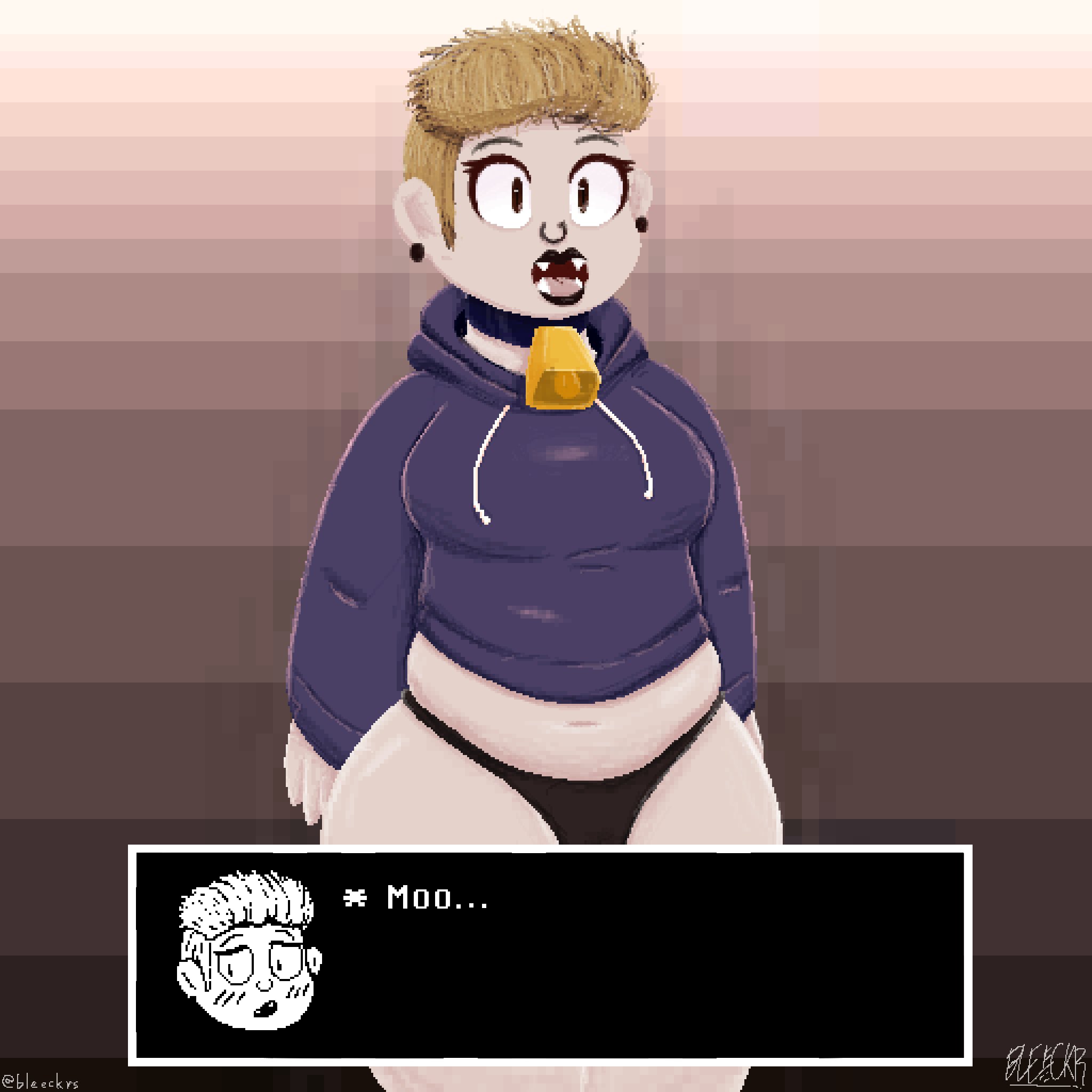 Last interview, we talked to Harieiv about the new album he’s working on, and one of the things that truly fascinated me about his music was how, as opposed to some of our traditionalists, he wasn’t afraid to dabble into the realm of non-chip when making his music. Elements like the harp at the end of Final Chaos added some extra spice that made his music stand out. This time, however, we’re going to be looking at someone who doesn’t just dabble with non-chip elements, they embrace them and crank the idea up to 11.

Of course, the artist I’m talking about today is Bleeckrs, the hip-hop artist turned chiptune composer who came crashing onto the Cafè scene during the Autumn Jam with her aggressive, experimental entry, “off to the side.” It was, in my opinion, the most unique song in the entire competition, and wasn’t slept on at the polls either.

You see, what makes Bleeckrs so unique as an artist is that she originally didn’t start out as a chiptune artist at all. Before she joined the Cafè, she was originally a lofi hiphop artist with an album and an EP under her belt She primarily made lofi songs inspired by modern electronic and trap artists. After the Autumn Jam, however, Bleeckrs took a liking to chiptune, and her latest album, “COWS GO MOO,” is almost completely chiptune centric.

COWS GO MOO, released in late November, is an interesting 12 track fusion of chiptune and lofi. You have fast paced chiptune interlaced with non-chip percussion and heavy bass to create a unique, modern sound distinct from a lot of the traditional chip music we hear in the server. Personally, I believe this percussion is one of the main things that makes Bleeckrs’ music stand out from her contemporaries. It’s hard to emulate the same intensity and power of an actual drum on a sound chip.

Bleeckrs noted that COWS GO MOO was inspired by the soundtrack of Undertale and by Joji’s new music, and it really shows on a tonal level. The tracks on COWS GO MOO gives off very eerie, and, at times, melancholy vibes. Many songs on the album have a very dark, aggressive feel to it, the same hard hitting feel that was present in Bleeckrs’ Autumn Jam entry. The track off the album which I think best encompasses this is OWLS IN MY BEDROOM, a track which seamlessly switches from fast-paced to slow and subdued and also captures the essence of the chip and lofi fusion quite well.

Final verdict, if you’re a fan of both chip and dark, lofi music, then COWS GO MOO is an album you should check out. Bleeckrs has stated that she has a lot of new music she’s presently working on, including a new album titled “DEMONS HAVE HEARTS TOO,” the first two songs of which are already available for your listening pleasure on her Soundcloud. She also managed to drop an entire EP in the time it took me to write this article, which, I must add, is a joy if you’re a fan of old school Pink Guy.

As always, shoutout to the homie for the interview, couldn’t keep this blog going without y’all being amazing and giving me something to write about.