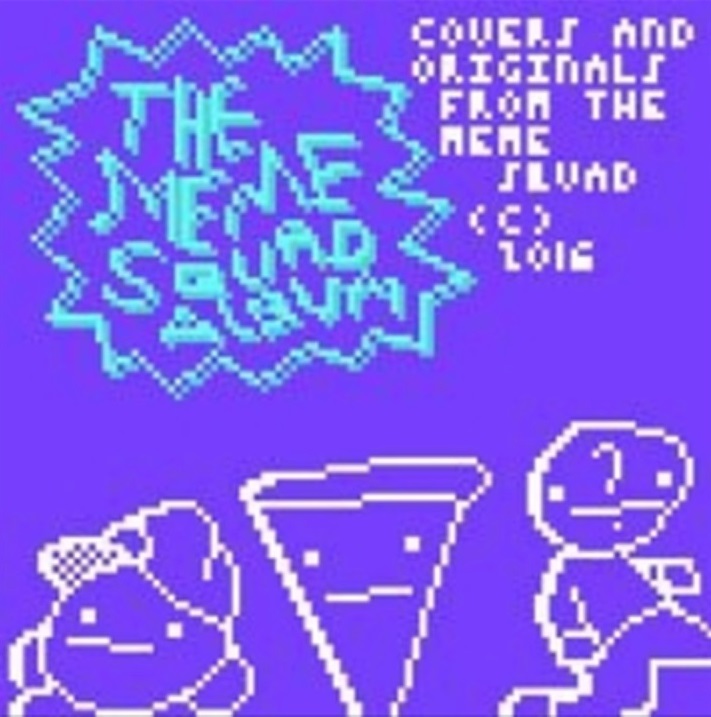 The album art for The Meme Squad Album, created by Quirby64

Hello, everybody! This month is huge for the Café, as December is where we’ve chosen to host the aptly named Decemberfest, our third Music Competition! This is our biggest Chip Jam yet, eclipsing our previous two projects in both expected participation and events being held. If you want more information on Decemberfest, check here for rules and how to submit.

To commemorate this special occasion here on the blog, I thought I’d walk through a few of our previous contests and collaborations to help you get a better idea of how we got to where we are today. This includes a few contests that we hosted before we were even the Chiptune Café.

Speaking of contests we hosted before we were the Café, our first ever collaborative venture was actually an album that was completed all the way back in 2016. This album, known as The Meme Squad Album, was the brainchild of our former server owner Jaden, who pitched the idea of hosting a collaborative album to his contemporaries in late 2016. The album was an open project; anyone was allowed to submit tracks if they pleased, though the stipulation being that there was a set of FamiTracker instruments that had to be used to maintain the feel of the album.

In the end, the Meme Squad Album wrapped in late December, with a total of three artists (Jaden, Quirby and Jason Blue) putting forth nine tracks for it. While submission numbers were low on account of weak advertising, those who did participate put forth some really solid tracks, though I think the biggest thing this album did was ingrain the idea that our little group was more than just a Discord server. Collaboration became something that was brought up often, and contests were soon to become a norm.

There was a planned second Meme Squad Album, titled “Rise of the Expansion Chips,” announced in February of this year, that was supposed to be collecting submissions until December. However, it suffered from a lot of the same problems that the original did, in that, without any updates or mentions from the show runners, it lost public attention and didn’t receive many entries. When the Meme Squad began to dissolve in Autumn of this year, Jaden, having already parted with the server prior, decided to go ahead and axe the project due to a lack of interest from involved parties.

When I first started conceptualizing the Autumn Jam, this project was one of my main influences. Honestly, the Autumn Jam probably would have never happened without The Meme Squad Album, because this is what put the idea of having a collaborative project in my head. Studying it also gave us a lot of valuable “in the field” results that we could apply to make our own contests more successful.

The next project I wanted to talk about wasn’t actually primarily associated with us at all, but I wanted to cover it because of the profound impact it made on me. This contest was called Sound Waves of Summer, hosted by our very own Quirby64. It was a summer themed contest that was focused towards promoting formats that were useable online, like BeepBox and PulseBoy.

The contest had some unique aspects to it that gave it some added flare. Once there was a submission to each of the available categories, a secret 5th category was announced for FamiTracker. It also featured an art category, of which the winner would be used as the album art when all of the entries were compiled and submitted to Bandcamp. 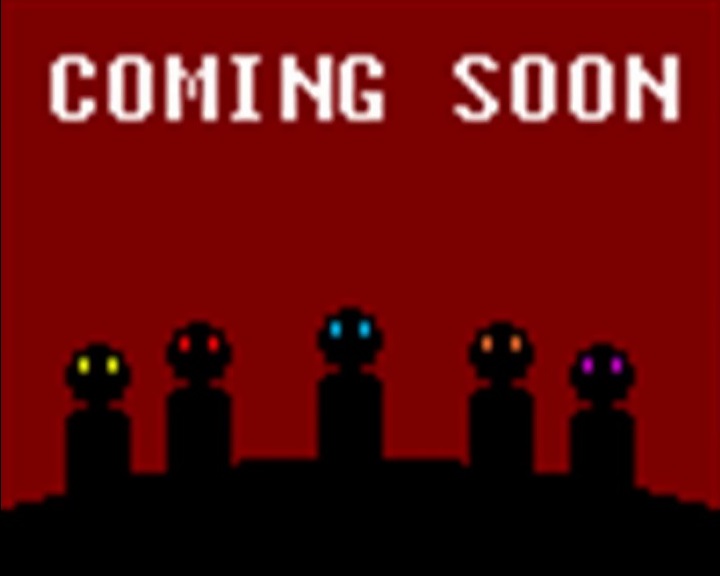 Art used in the announcement for The Meme Squad Album 2, designed by Jaden.

SWOS was the first competition using a format like this that I was witness to. At the time, I was just a lurker on the server, and Quirby would post updates and announcements for SWOS there to encourage people to participate. Seeing the stir it created within the server solidified in my head that this was a good way to drum up activity and get people involved in the community. It’s why when the server got handed over to me, the first thing I thought of when it came to drumming up activity was to host a Chip Jam.

Another important collaboration that happened before we were the Chiptune Café was a song called Defected Facewear. It was a collaboration between Jaden, Quirby, Tobi and Pegmode for BotB’s Spring Tracks VII event, and I’m pretty sure they ended up breaking DefleMask while trying to export it. Pretty funny story, but besides the point.

Anyways, Defected Facewear was a pretty big bop, and for good reason. If you picked the song apart, you could see where everyone’s handiwork was, but what made this song special to me is that it achieved a sort of musical synthesis.

What I mean by this is that oftentimes, when you see some big names collaborate, it’s pretty much just for the hype, and the actual song is just half one artist and half the other artist. However, Defected Facewear is how to do a collaboration right. It’s homogenized, and creates an all new unique product that takes the best aspects of those who worked on it and mixed it into one song. That’s my take on it, at least.

Defected Facewear made me value collaboration in a way I hadn’t before. In October, Wavetable Guy made a cover of Defected Facewear on the VRC7, and it got me thinking about collaborative projects again. That’s how I got the idea of hosting a chip contest that was centered around teamwork, which eventually spiraled into the Teamwork Trials. I hope that it can produce that same creative synthesis that Defected Facewear pulled off. 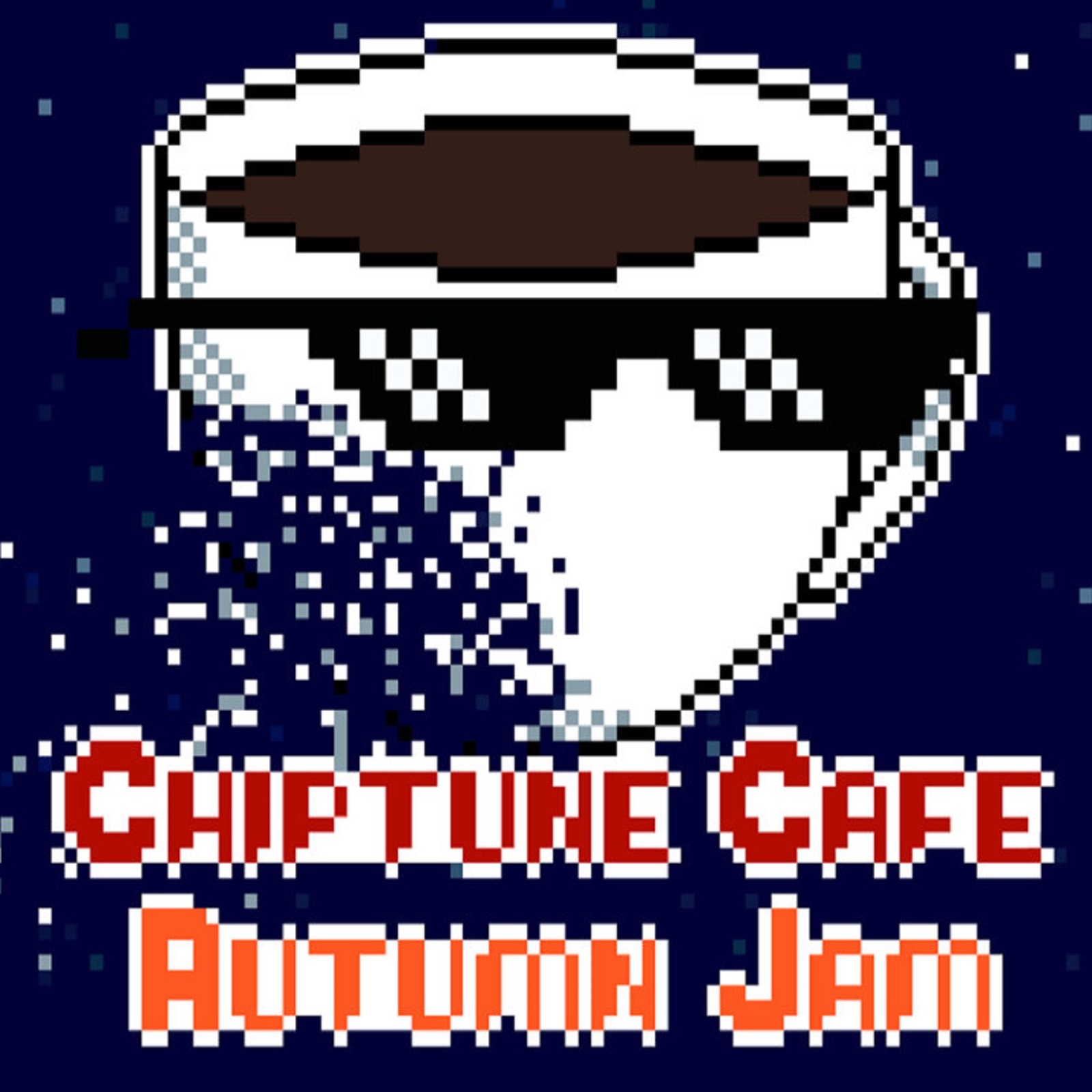 After this, server collaboration was pretty dead for awhile. There was the ill-fated Meme Squad Album 2, but, as you know, that got the axe. Aside from that, there was just, nothing. Mid 2018 was a pretty bad time for the server. Activity was at an all-time low, Jaden had departed, and those of us who were left in charge didn’t really know what to do with what remained. In desperation, we decided to host a music contest to try and save the server, that contest being the Autumn Jam.

The Autumn Jam was a pretty big deal for me. It was looking like we could turn things around for the server, but I was afraid that if it went awry that it’d be the final nail in the coffin for us and the blood would be on my hands. There were quite a few hurdles we had to overcome to make sure the Autumn Jam went smoothly, and I was worried the whole thing was gonna blow up in our face.

The first problem was that the Autumn Jam started right as the Meme Squad was ceasing to exist. A few days after we announced it, we made the executive decision to rename to the Chiptune Café, and lost any previous momentum and clout that we had backing the Music Jam. Luckily, thanks to our supportive community and some expert marketing on Pegmode’s part, we mitigated this and both the contest and the server continued to grow.

The biggest issue I can recall with the Autumn Jam was on the day of the livestream. My mic had shorted out, and I was having a panic attack trying to find a solution. Eventually, I ended up having to make a whole new Discord account, log into it on my phone, join a voice channel with both my accounts, and then mute my original account. This allowed me to speak into my phone and have the audio come back out through my speakers, which were already broadcasting audio since, y’know, I kinda needed to play the music. It sounded like shit, but hey, it worked.

Oddly enough, the Second Chip Jam we hosted, Out of Time, was way more impromptu, but in my opinion, it went a lot smoother. The entire event wasn’t even planned beforehand; it was literally the product of a 2:00 AM conversation I had with Pegmode where we were talking about how we weren’t gonna host a November Chip Jam since everybody was gonna be too busy. Then we started joking, saying “We should host a contest about how we’re too busy to host a contest! One minute tracks and only a week to submit!” Turns out we both actually liked the idea, so I went over to the server and announced it the night we thought of it.

We originally intended for Out of Time to be a sideshow to keep people interested while we waited for December, and only expected about five, six entries max. As you’re aware, that couldn’t have been further from the truth. We received ten entries, only one short from the amount we received during the Autumn Jam. Pretty exciting time, I gotta say.

And that leads us to today, where we’re currently in the midst of Decemberfest. I have high hopes for this contest. I’m a firm believer that studying history helps us to not repeat the mistakes of the past, and even though this is just an underground chip jam on the edges of the internet, I think the same thing rings true here. By looking back on our previous contests and collaborations, we’ve been able to find the flaws and fallacies that originally tanked our projects, and now we can fix them to ensure that Decemberfest is bigger and better than any competition we’ve hosted thus far.

I want to give a huge thanks to Jaden and Quirby, who both shared their memories and thoughts on the original Meme Squad Albums and SWOS respectively. I also want to thank everyone who has helped advertise/set up our Chip Jams, especially Pegmode, OPNA and my wonderful girlfriend/minder Tori. Most importantly, though, thanks to all of you who choose to participate in these contests. Cause that’s what this is all about, right? Giving y’all a chance to flex and show off your musical prowess? Next post, we’re gonna be getting right back to that, cause we’ve got an interview with a very interesting member of the community talking about her new album. I hope to see you there!