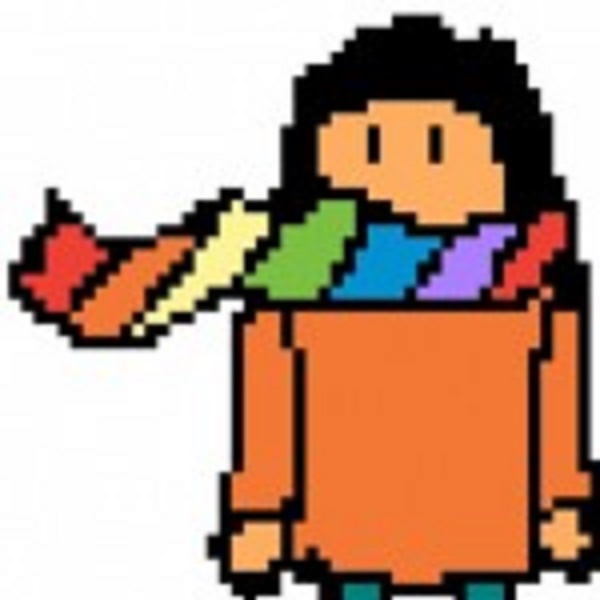 One of my favorite tracks from the last Chip Jam was a song titled “Final Chaos.” It had this dark, atmospheric feel to it that really encapsulated the theme of the Jam, which was “Out of Time.” It was just one of those songs that just managed to paint a picture in your head with how thematic it was.

That song was composed by competition veteran Harieiv, who I recently had the chance to interview about her upcoming projects. Harieiv is a unique artist in our community, known for her atmospheric, smooth style of music. She composes the brunt of it in BeepBox (and its modded variants), but also occasionally likes to throw in non-chip elements into her songs as well, such as the harp at the end of “Final Chaos,” that give her projects a unique feel, distinct from a lot of the other, more traditionalist tracks we see come out of the server.

While Harieiv has been making music for a couple of years now, she’s relatively new to the chiptune scene, getting his start after she picked up BeepBox in February. Since then, she’s been working on a variety of individual songs, including a collaboration with fellow composer Shujo back in October.

However, during the course of our interview, Harieiv revealed to me that she’s planning to step it up a notch from just individual releases, as in a few months, she’ll be dropping his debut album. The album, under the working title “Distance,” is slated to have 12 original tracks, 6 of which are already finished. While there is currently no scheduled release date for Distance, Harieiv says we can expect it in around “4 to 7 months, due to other obligations in her life.”

Distance will be her biggest production yet, eclipsing his previous largest project, in which she covered the entire 4-Track soundtrack of “DISBELIEF,” a popular Undertale fanimation, in BeepBox. Personally, I’m looking forward to seeing if the songs on Distance will have the same abstract feel that Harieiv’s previous works have had, or if she’ll take it in a new direction entirely. Either way, this is definitely a project that we’re gonna be following closely here on the blog.

If this article piqued your interest, or if you’re at all interested in BeepBox music, I highly suggest that you follow Harieiv on Twitter. It’s where she most frequently posts updates and links to her songs, and there are definitely some bops on there that deserve more attention than they’ve got.

Thanks to Harieiv for agreeing to this interview, and a special thanks to all the people who have been supportive of the blog so far. Decemberfest is coming up in less than 48 hours, and I think this is going to be a very special time for the Café. Speaking of Decemberfest, in commemoration of our third Chip Jam, I plan to release an extensive overview of previous Chip Jams hosted on the Café. If you’re interested in the history of our organization, I’d be watching out for it.